We have the world’s ugliest stairwell that USED to have a ceiling mount fixture. The burned out light bulb had NEVER been changed.
As we were doing some renovations in the house, I decided to take down the current dining room pendant light and replace it with a chandelier. Thus, I had a handy, dandy, LONG, hanging light on my hands.
As I tripped down the stairwell for the millionth time, I realized 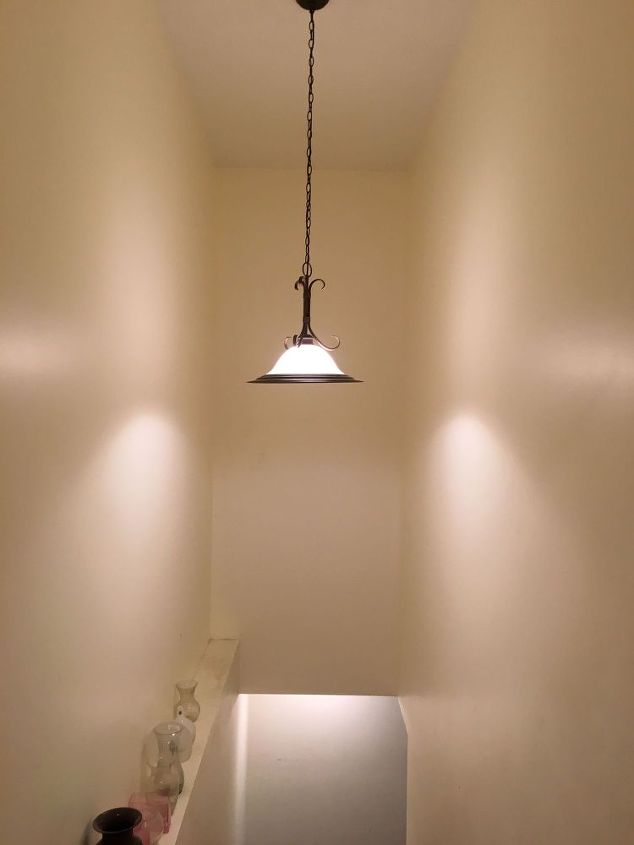 Pendant light moved from dining room
Once we had the light in place, we found that the walls were battered and nasty. Since we had 10′ ceilings in our house, the top of the wall was almost 20′ in the air from the bottom of the stairwell, the ‘landing’ was in the actual basement. We had no flat floor space to even attempt to set up any kind of a expandable ladder.
However, the walls HAD to be fixed and painted now that people could actually see them. Again, we chose to bring in a professional painter to manage the task. If you have scaffolding, you could do this yourself, but given our lack of proper tools, it was well worth it to outsource this task!
Even after our first 2 coats of paint, we had to again patch and fixed the drywall that had been beat over the years.