Creamy, warm, and just gooey enough, corn pudding is basically the embodiment of comfort food. And this particular corn pudding is the best of the best. Well, at least we think so. It’s creamy – as corn pudding should be – with just a hint of sweetness and cheesiness and the whole thing is kicked up a notch with savory bites of ham and bell pepper. We seriously can’t get enough of it, and we don’t think we’re alone there. 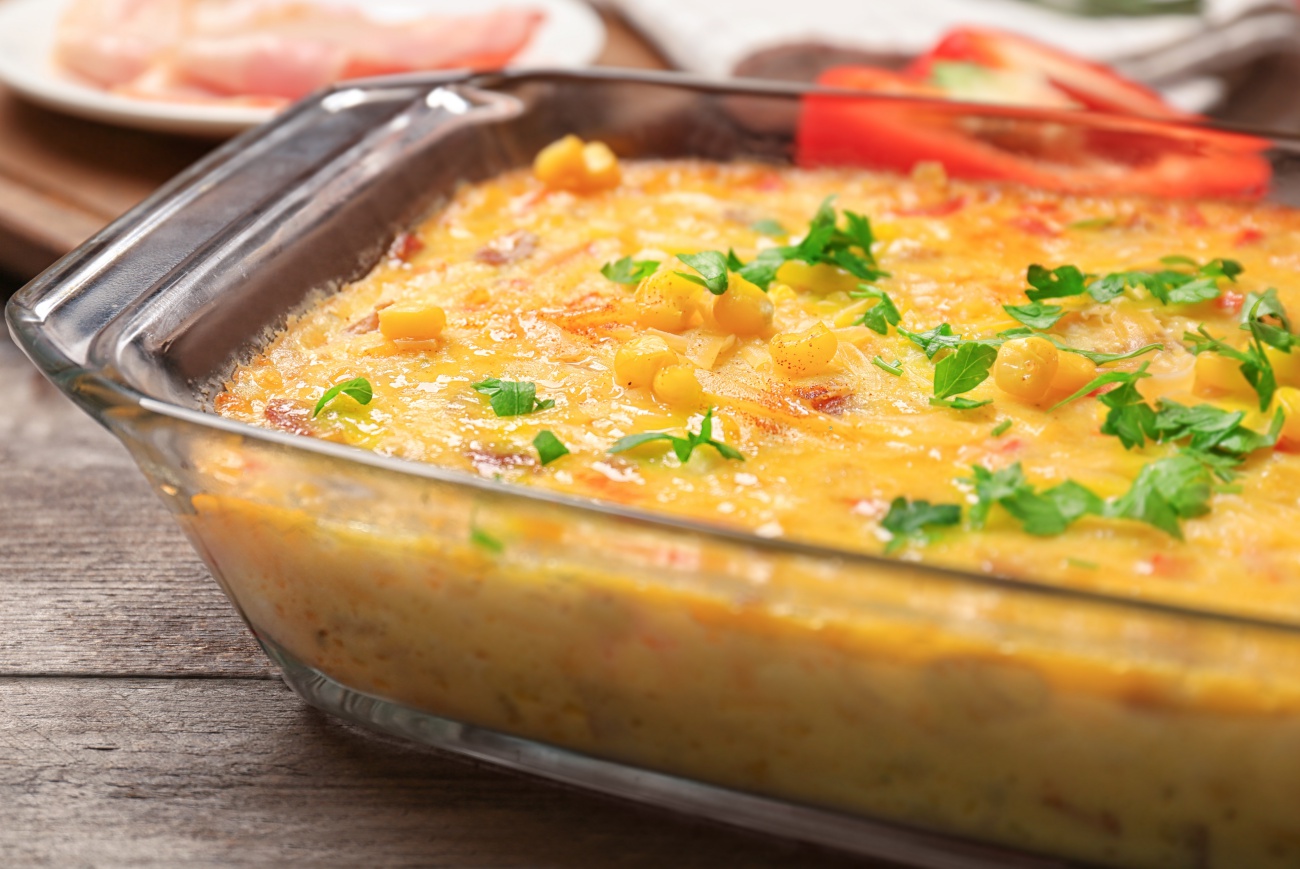 While the kernels of corn provide nice pops of sweetness, the ham and bell pepper add meaty and zesty layers of flavor. Could you use bacon? Absolutely. Like most, we’re pretty big fans of bacon, but the ham here adds that same salty note without a lot of smokiness. It’s a good balance.

We’ve used a mixture of cheddar and Colby Jack, but you can use one or the other, or even an entirely different cheese if you’re so inclined. Oh, and a little extra sprinkling on top probably wouldn’t hurt matters either. 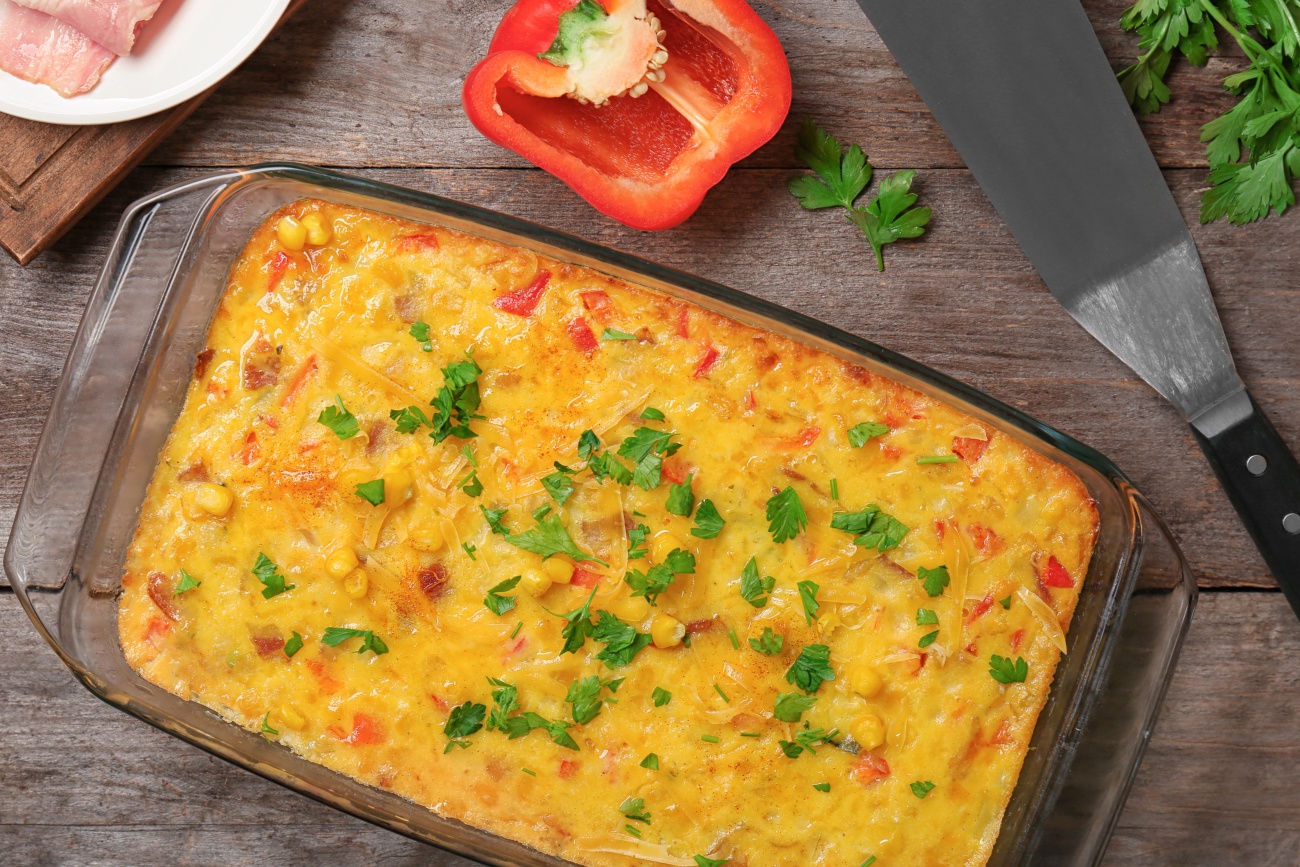 The base of this corn pudding is boxed cornbread mix, which keeps things pretty simple. To that, you add eggs, sour cream, butter, and corn kernels. In a lot of applications, you really can’t beat fresh corn, but this is one where frozen or canned works just fine. Ham, cheese, and bell pepper (whatever color you like) are folded in and the whole thing is baked until it’s just set. It ends up moist and tender and full of flavor. Totally delicious! 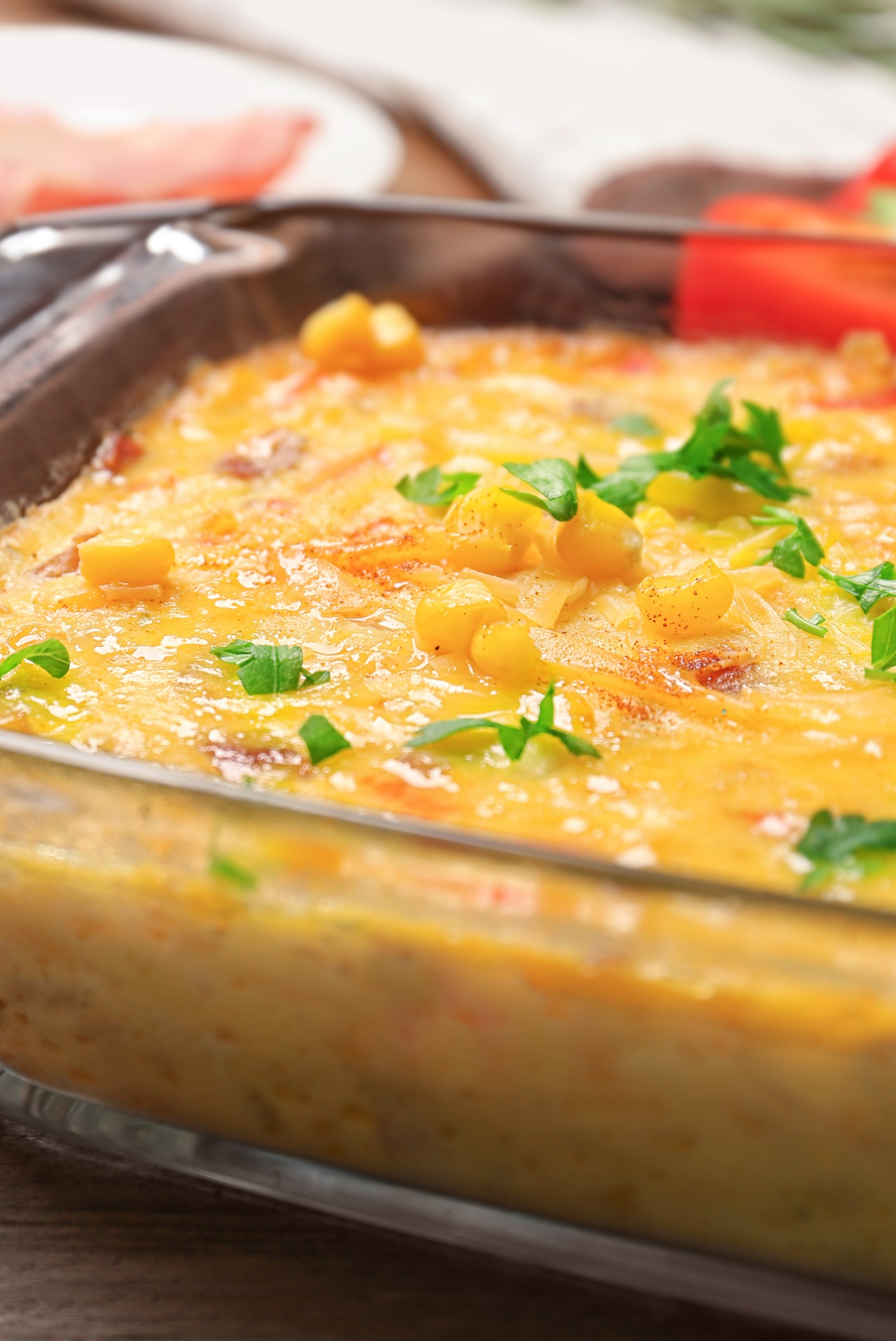 To Find Out All The Delicious Ingredients And The Step By Step Directions To Follow, Please Head On Over To The Next Page.